The meeting is organized by the University of Bari and will be held online. This session is part of the Widespread Conference on Ancient Drama promoted by the Centro Studi sul Teatro Classico of University of Turin.

Speakers intending to participate in the Conference Ancient Greek Theatre in the Digital Age are invited to send an e-mail to sabina.castellaneta@uniba.it by July 5th 2020 following these instructions:
object: “Candidacy to Widespread Conference Bari”;
attachments (in pdf format):
an anonymous abstract written in Italian or English (maximum word count: 300 words), specifying title and research field of the paper proposal (a. digital scholarly editions; b. dynamic analyses; c. archives and repertoires; d. didactic strategies);
a brief curriculum vitae (in Italian or English), which will list University affiliation, relevant degrees and publications (maximum word count: 300 words).
The Scientific Committee is responsible for accepting or rejecting papers. The organisers will inform the proposers by July 20th.
Papers can be given in Italian, English or French and they should not be longer than 30 minutes.
The organisers plan to submit the conference proceedings for publication. Publication will be overseen by the Scientific Committee and will be subject to a process of blind peer-review. 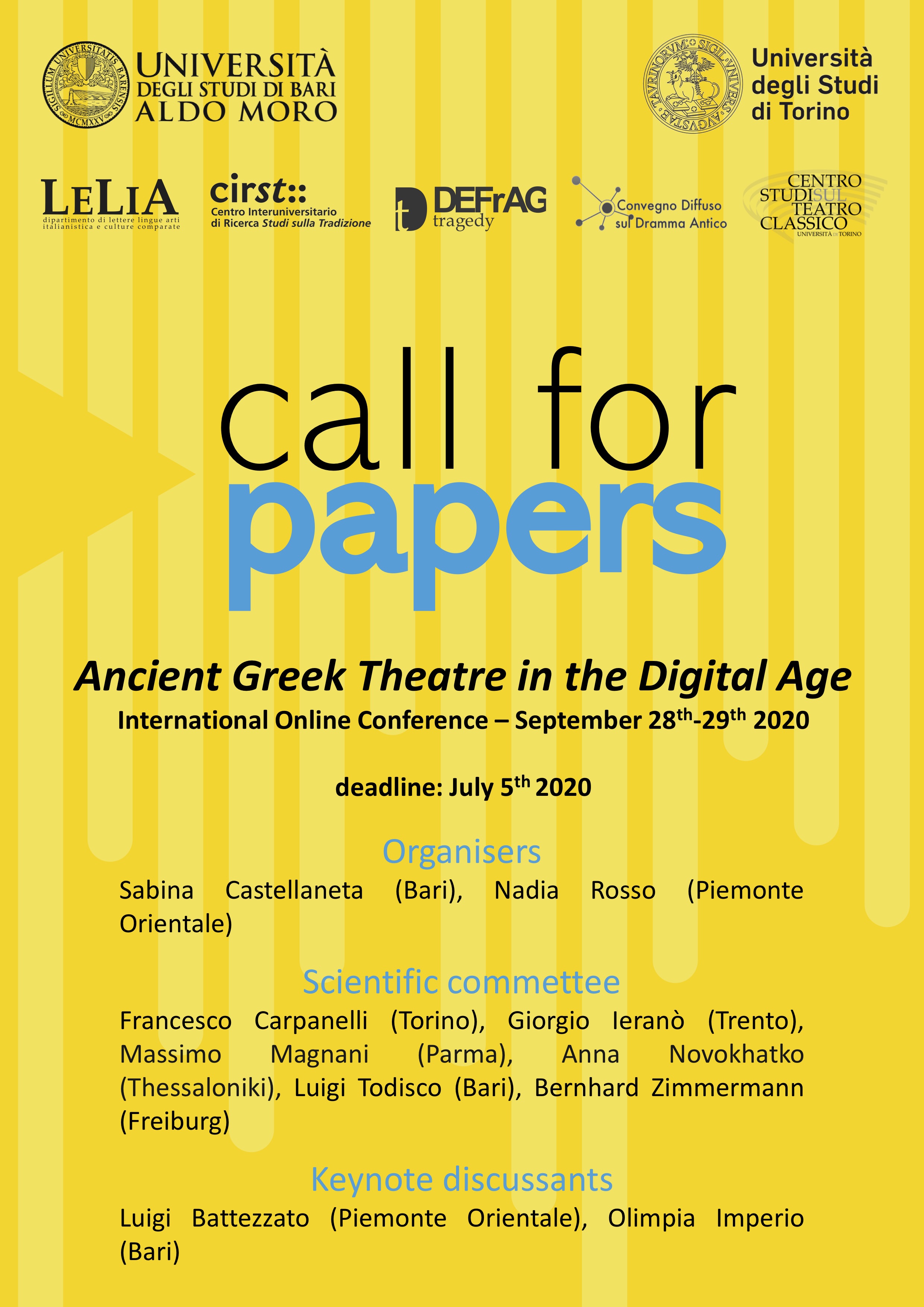